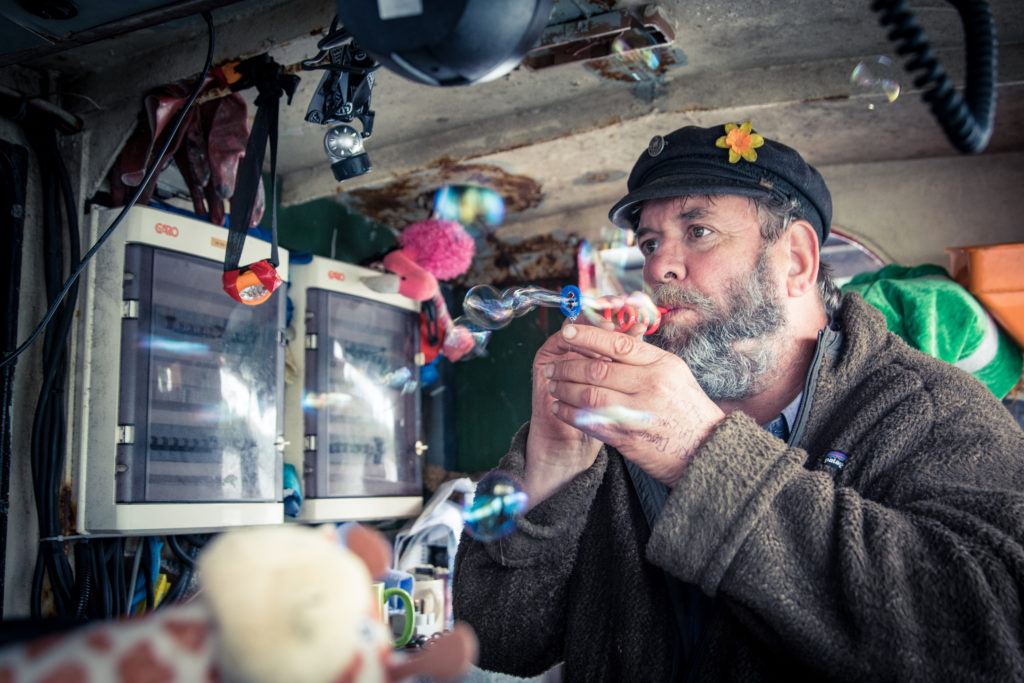 Captain Raymond Ross operates the original Kenmare Bay sea safari.  His popular boat trips have been in operation for over 25 years and have a world-wide reputation.  The trip certainly fulfils Captain Ray’s aim to provide a high quality attraction. That would allow people to experience the prolific wildlife and stunning scenery of Kenmare Bay.

Raymond’s passion for the sea was fed enthusiastically by his parents George and Bibi who encouraged his nautical exploits 100 per cent. With a professional life as a marine biologist studying shellfish, you could say that he is a very ‘fishy’ captain. Indeed there is not much that Captain Ross does not know about the marine wildlife of Kenmare Bay. His sensitive approach to the 300 or more seals resident in the Bay. Means that visitors to Seafari will experience extremely close-up views of these normally very shy animals. Awed visitors gaze in wonder as the seals dance to Captain Ross’s Irish whistle playing.

Not only does his work take him to sea. In his spare time he takes to the water again whether it be scuba-diving or offshore yacht racing. In fact he travelled 25,000 miles on board the Cork yacht ‘Moonduster’, holder of the Round Ireland Race record, as part of their team.

Years of mountain rescue means that he has an extensive knowledge of the Caha and McGillicuddy Reeks mountain ranges which frame the bay and passengers aboard Seafari have the opportunity to learn how this dramatic scenery has taken shape through time.

Above all Captain Raymond Ross is renowned for his great sense of humour and visitors on board Seafari are guaranteed that whilst the boat is not often rocked by waves in these tranquil waters, it will be rocked by laughter.

Often described as a ‘larger-than-life’ character, Captain Raymond Ross is definitely part of the attraction of Seafari Cruises.